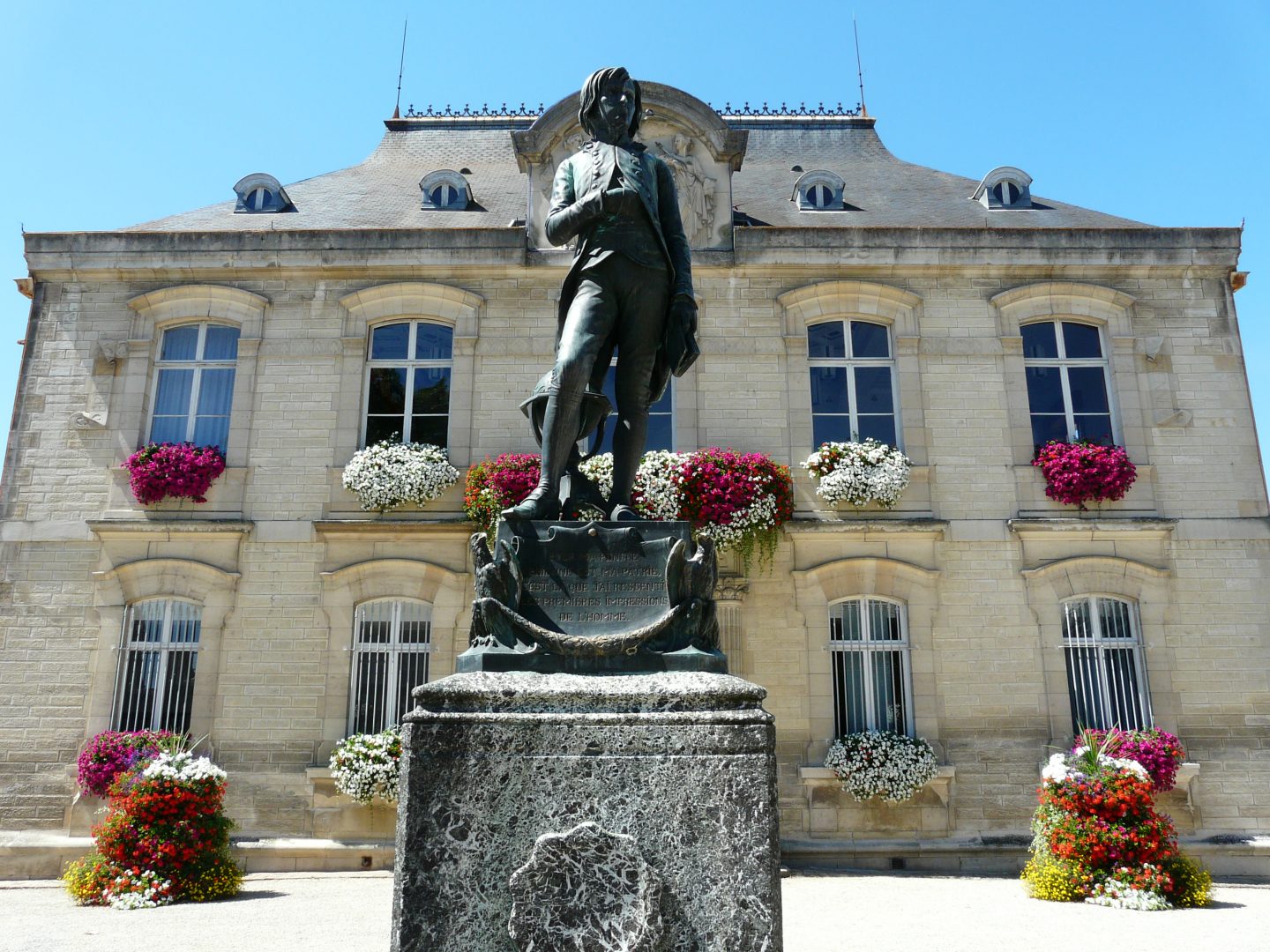 Realized bronze by Louis Rochet in 1855, it represents old Napoleon Bonaparte of about fifteen years of the military academy of Brienne.

Up, it holds in the right hand The Life of the illustrious men of Plutarque. The left hand is slid in the bight of its vest, attitude become characteristic of the representations of the Emperor.

The base of the statue is richly decorated: four sculptured eagles decorate each of the places, three of the faces of the base are respectively decorated by the imperial attributes, the Civil code and the Libra. The face before of the statue contains a registration which pays tribute in the city: ” for my thought, Brienne is my homeland, it is there that I felt, the first impressions of the man “.

The statue is registered in conformance with Historic monuments.