It was Napoleon’s very first place of residence in Saint Helena. He stayed there for a few weeks from October to December 1815 before being transferred to Longwood House.

In 1815, the Briars estate belonged to the Balcombe family. William Balcombe was an employee of the East India Company and a Royal Navy tanker. In charge of supplying passing ships and having established good relations with his guest during his stay at the pavilion, he became Longwood’s supplier until he left the island in 1818. He was thus able to provide a large number of services to the French exiles. From 1816 to 1821, the pavilion served as a place of residence for the admirals of the fleet responsible for surveillance.

In 1880, the former Empress Eugenie, widow of Napoleon III, stopped in Saint Helena. She was returning from a trip to South Africa during which she had gone to the place where her son had died. She stayed at the Briars Pavilion before going to visit Longwood and the tomb.

The pavilion is now protected thanks to the purchase in 2008 of the adjacent land, by the director of the Domaines, Michel Dancoisne-Martineau, who immediately donated it to France; this land is today integrated into the French Domaines nationaux. 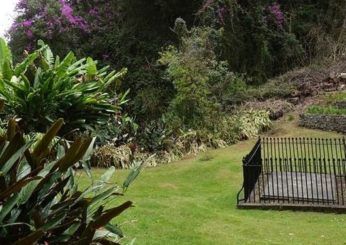 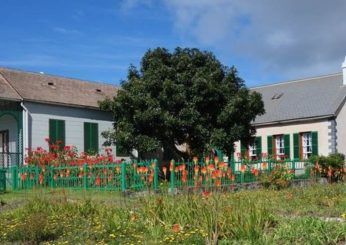